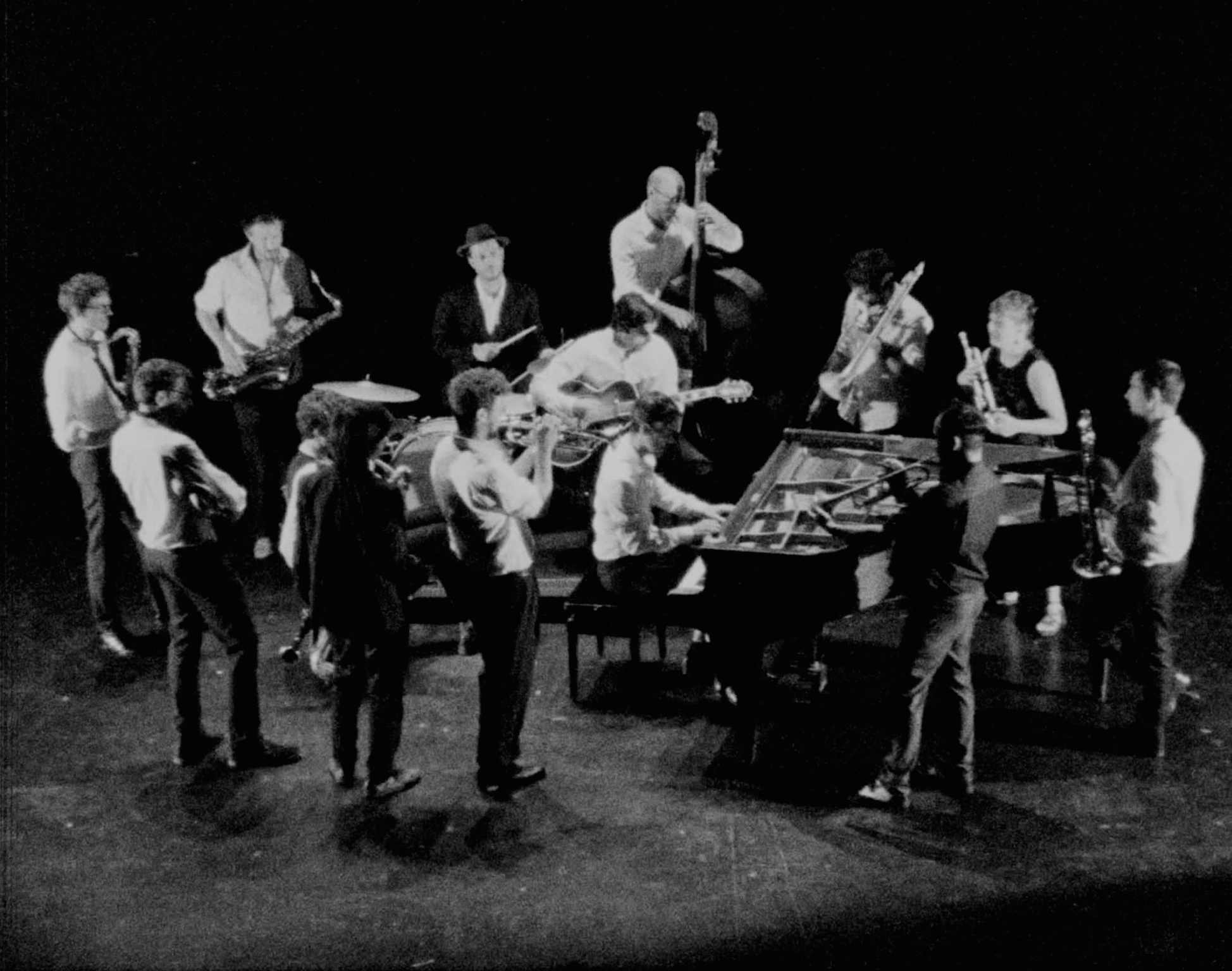 Umlaut Big Band is an orchestra of fourteen musicians that, under the direction of Pierre-Antoine Badaroux, explores both the historical « swing » repertory of big bands based on sound archives and manuscripts (1920-1940), through the music of Don Redman, Mary Lou Williams, Fletcher Henderson, Duke Ellington, Benny Carter and other American and European musicians, but also a more contemporary creative repertory with commissions to composers with an intimate relationship with jazz, such as Alexander Von Schlippenbach, Jean-Luc Guionnet, Axel Dörner, Bertrand Denzler and Joel Grip. They developed a repertory of over 200 tracks and released 5 records in 10 years.

In the manner of the orchestras of early music, the historical research carried out from rare scores and recordings, is based on the intimate conviction that the arrangers, rarely featured in the history of jazz, are creators who never stop inventing new forms.

Too rarely tackled by composers in our days, the form of the big band is ideal for rich sound explorations, and starting a dialogue between a long tradition linked to jazz and the forms of contemporary inventions.

In its performances, the band favors the acoustic as well as a warm and festive atmosphere, whether they are playing in a concert hall or on a village square.

In residency at the Théâtre de l’Aquarium (La Cartoucherie, Paris) from end of 2019 to 2022, upon the invitation of the company La Vie Brève.