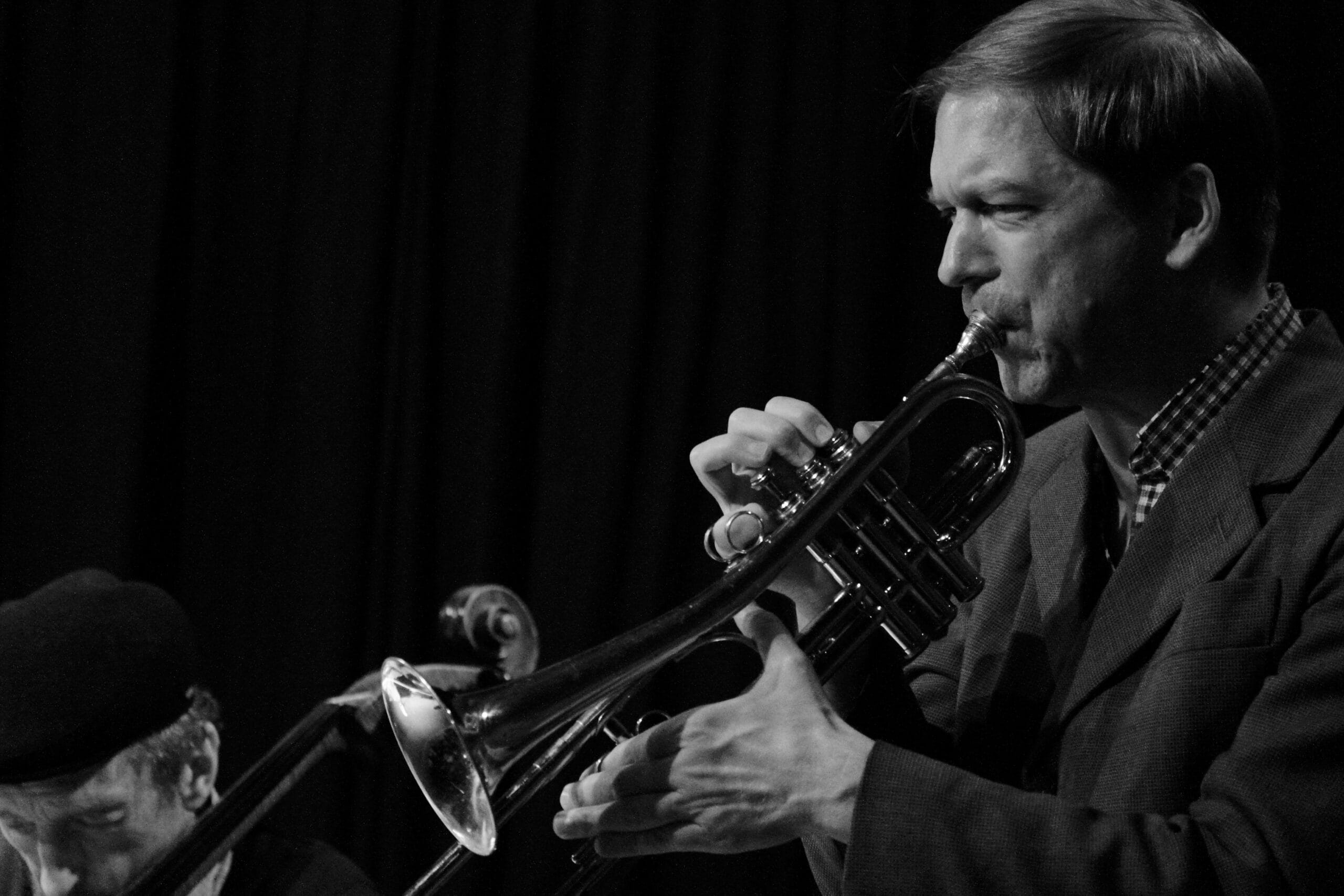 Axel Dörner was born in 1964 in Köln, Germany. At the age of nine he started playing piano, at the age of eleven playing trumpet in a local music school. In the time from 1983–1986 he studied trumpet with Jon Eardley in Köln. Later from 1988–1989 he studied piano at the conservatory in Arnhem, The Netherlands, then from 1989–1994 piano and trumpet (with Malte Burba) at the Musikhochschule in Köln.

In 1994 Dörner moved to Berlin. With Rudi Mahall on bass clarinet, Joachim Dette (bass) and Uli Jennessen (drums) he started the band Die Enttäuschung playing exclusively compositions of Thelonious Monk. In 1996 this quartet (with Jan Roder as a new bass player) was joined by Alexander von Schlippenbach and became the quintet named Monks Casino. Die Enttäuschung continued from then on with a continuously growing program of original compositions of the band members.

Around that time Dörner also started collaborating in different formations with Sven-Åke Johansson, which continues until present time. In 1995 he started visiting London which led to longtime collaborations with many musicians from the English scene. At the same time he also took part in performances all over Europe (and later at Carnegie Hall, New York) of Requiem für einen jungen Dichter by Bernd Alois Zimmermann with SWR Symphony orchestra conducted by Michael Gielen. Parallel he continued his research on extended trumpet techniques and musical structures while working together with Robin Hayward, Andrea Neumann and Annette Krebs. In 1998 he visited Chicago for the ﬁrst time and played, among others, with Fred Lonberg- Holm, Michael Zerang, Ken Vandermark and Hamid Drake. Other newly formed trios around that time were Contest of Pleasures (with John Butcher and Xavier Charles), TOOT (with Phil Minton and Thomas Lehn), a trio with Paul Lovens and Kevin Drumm. In 2005 a quartet with Otomo Yoshihide, Sachiko M and Martin Brandlmayr was formed which went on concert tours in Europe and Japan.

Since 2000 extended concert tours on all ﬁve continents which led to a worldwide genre- comprehensive musical network with most distinguished musicians of our time. His discography consists at this time of more than 150 CDs / LPs.