The 2019 edition of the festival was built around the German composer and pianist Alexander Von Schlippenbach, invited to Paris for a week of residency with the musicians of the Umlaut collective the UMLAUT BIG BAND. This work resulted in two unique and original performances, as well as a solo concert by Alexander Von Schlippenbach, which acted as a red thread all along the festival. 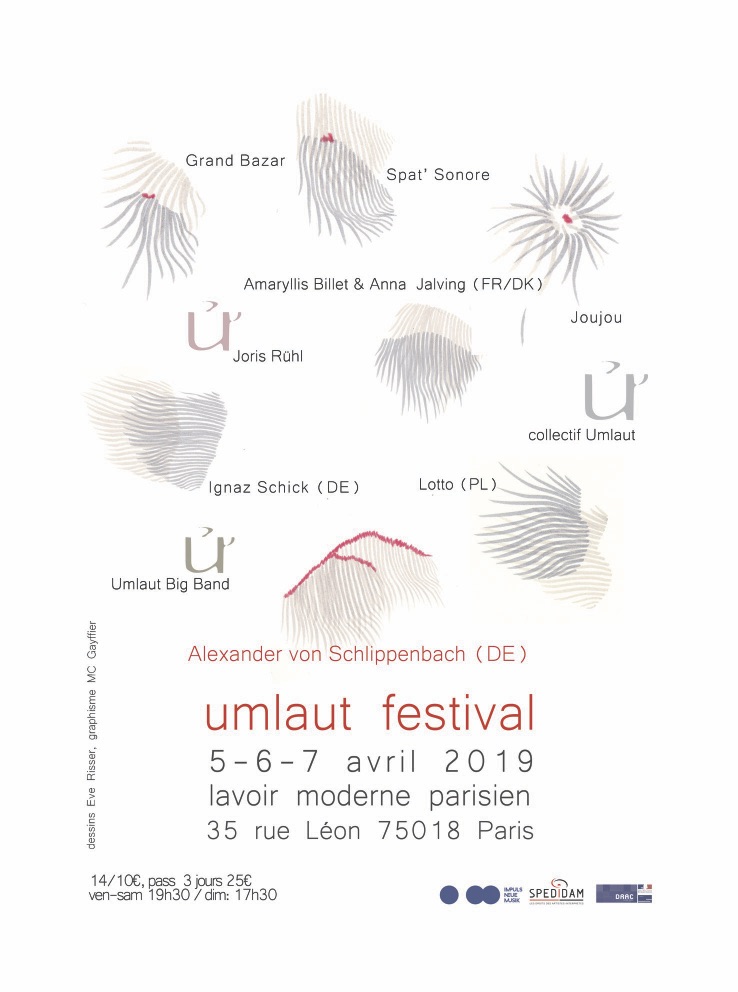 Creations, re-writing of past pieces, and a 3-days residency bring up a new programme for big band meeting jazz, contemporary and improvisation and starring the German musician on piano !