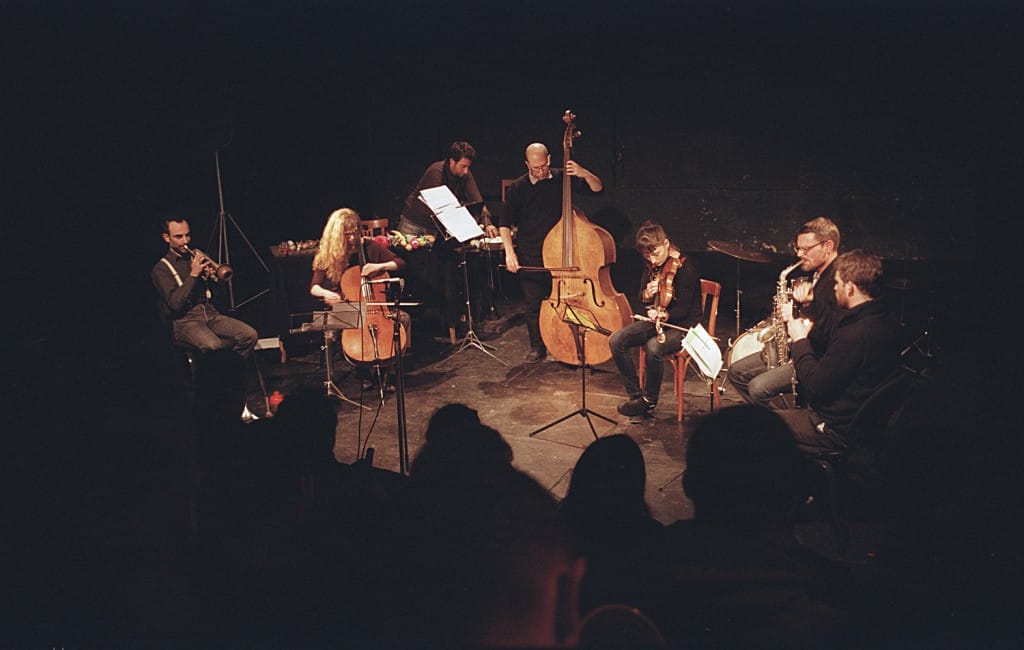 Ensemble Hodos, directed by Sébastien Beliah and Pierre-Antoine Badaroux, has been working on giving a voice to composed music that hardly fits in categories: pieces that involve the performer in an unusual way, where the composed rubs shoulders with the improvised.

Since 2008, the ensemble has been performing music by Philip Corner, Roman Haubenstick-Ramati, John Cage, James Tenney, Christian Wolff, Florian Bergmann, Pierre-Antoine Badaroux or Joan Bages i Rubi, among others. When possible, the musicians are working in close relationship with the composers, either when performing pieces from a historical perspective or playing new compositions dedicated to them.