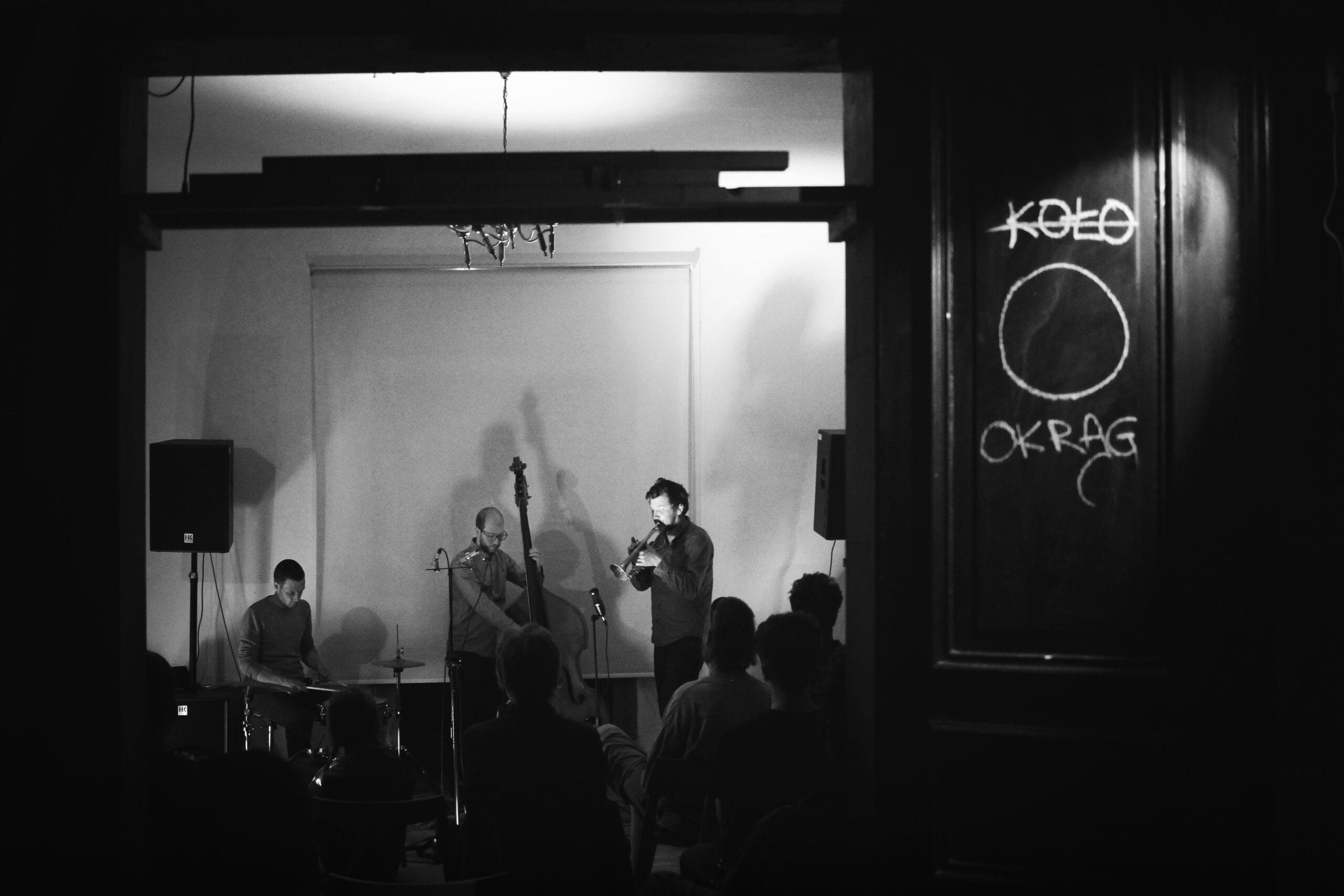 Created in December 2015 on Louis Laurain’s initiative, Musæum Clausum is a French-German trio based between Paris and Berlin.

The creation of this project is firstly motivated by a desire to deepen an already long musical relationship between certain members of pre-existing groups such as Die Hochstapler and Umlaut Big Band. Besides, since there are relatively few examples of this type of groups in the history of jazz (trio with trumpet and rhythm section), this constitutes a unique opportunity to work from an almost virgin soil. which opens up great possibilities in terms of composition and improvisation.

Musæum Clausum’s music is a constant flow without beginning or end in which each instrumentalist freely traces a path in the development of his ideas. There is no predefined meeting point but a general framework that emerges as the piece progresses and in which each entity moves patiently and independently, sometimes reaching a great degree of complexity.