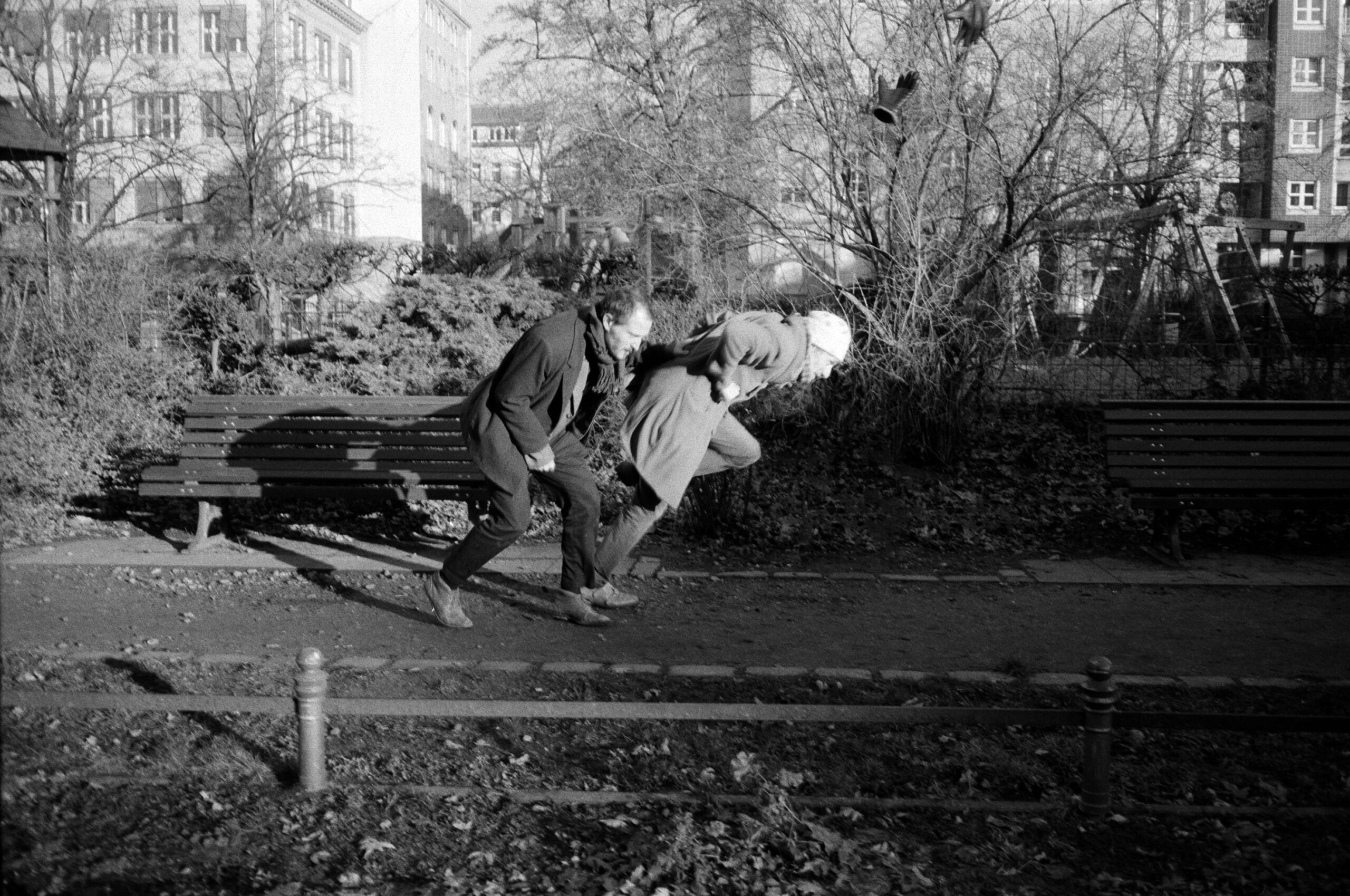 The duo with the nom de guerre Herr Dr. Prof. Borelgrip is a concoction of distances in-between volatile whereabouts played on a wooden tablet in the hands of you and a rhino liberated from zoo. Their music started taking form in the triangle drawn up by Stockholm, Berlin and Paris in 2008. Being quite extreme – at least at the start – activist in developing their music on stage in front of an audience they often had to go far physically to play. This geographical move is also heard in their music. A topography based on trust. Their volatile whereabouts are dotted with unforeseen temperaments and tempi. It is not only suspicious, lazy, jealous, no, their sounding rampaging of rabbits is also temerarious and tragic.

There is not much more Herr Borelgrip can do about Herr Borelgrip’s music than doing it. And by doing it Herr Borelgrip discovers that there is much more to do than just doing it. So they do it, and sometimes not, in various ways using their hands and knees as sitting duck for their double nooses and a shared ear.

So far the duo have released very small editions of one cassette and one CD-R, and a huge edition of a double-LP to be named The Great European Stool Sample (Umlaut Records 2020) They also made a short film based on their visit to Russia in 2011. In combination with touring they occasionally give workshops in improvisation strategies in making music (Prishtina, Lublin, Warszawa, Novi Sad).

Part from their duo Pierre Borel and Joel Grip play (or have played together) in the groups Umlaut Big Band, Escapade Wynton, Blythill and Klub Demboh.