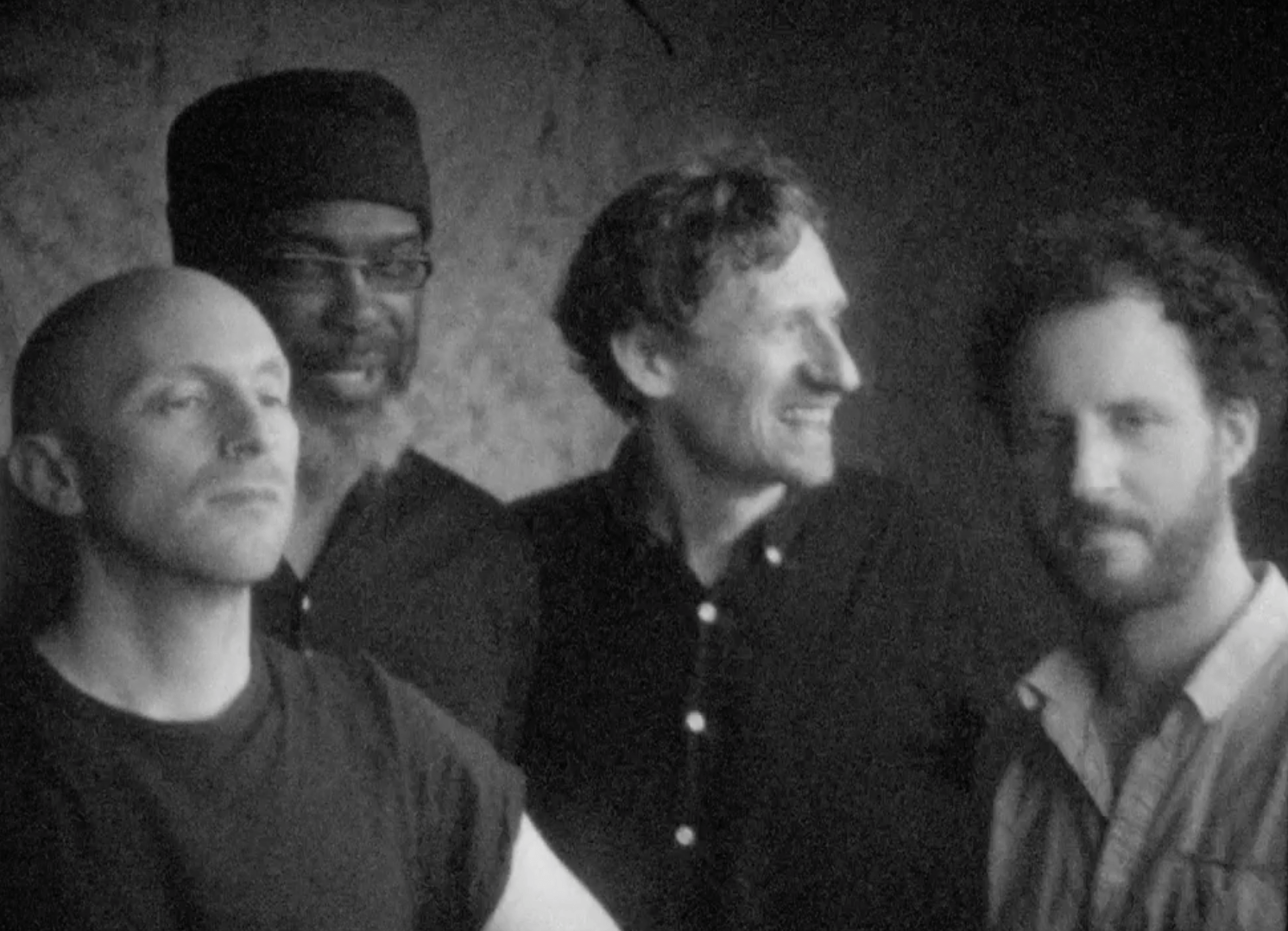 أحمد [Ahmed] make music about the music of Ahmed Abdul-Malik, a NYC bassist, oudist, composer, educator and philosopher. A potent(ial) influence on Coltrane and Monk (we imagine), he was also a significant composer in his own right. (Ignored into creative obscurity, he spent his final decades teaching, and performing seldom). His albums Jazz Sahara (1958) and East Meets West (1960) fuse aspects of Arabic and East African musics and thought, his committed long-term relationship with Sufi Islam, and then-modern jazz and thinking – in revolutionary and vital ways. The product is exciting, radical, raw, and beautiful. But, as well as honouring these traditions, Abdul-Malik invented and imagined a lot*. Abdul- Malik’s straddling, synthetic and inclusive vision is one of the great projects of the imagination in jazz. He mixed sounds and ethics, meanings and beliefs in open, experimental ways without dogma.

And, so do أحمد [Ahmed]. They visit and (re)think his compositions and the process potential in them. They play the notes, but use them, and the ideas in and about them, as vehicles for their unique imaginations, instrumental approaches and ideas. Through his compositions they re-imagine and re-synthesize, moving from what they know into newly creative space.

They excavate, re-inhabit and use a-new the now overlooked documents, and fragmentary plans, of his mid-20th century synthetic vision to produce a new jazz imagination for the 21st century.