After two years without an audience, the Umlaut Festival comes back from April 22 to 24 2022 in the unusual setting of the Shakirail, a creative oasis at the heart of Paris! The musicians of the Umlaut collective will present their latest discoveries and new musical complicities, and will meet their accomplices, the visual artist  from the Shakirail. 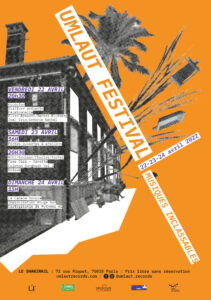 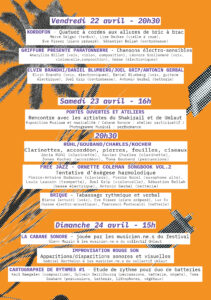 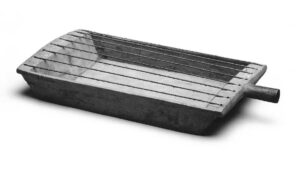 KORDOFON – A string quartet with a jumble look

Show more
A rubbed, plucked, struck, prepared, tampered with and diverted string quartet, this new group, with its jumble look, is first and foremost the result of a shared desire to explore together the vibratory possibilities of string instruments. From dissonance to sympathy, this multitude of taut strings will give voice to the transience of an improvised moment, but also to the acoustic imprint of their origins and their stories. 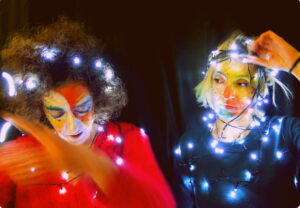 Show more
For their new project « Paratonnerre » [lightning rod], Griffure forms a trio with Undae (Cindy Lemos). The lightning rod questions modernity, electricity, these major sparks that create societies, these primordial acts that push humans and question their relationship to the wild, to the elements.

Electric musics, ancestral musics – each can bring us together, around this antenna that protects, electrifies and disperses. Like electricity and lightning, attracted by the steel axis, the vibrations of instruments and words are captured and ionise the atmosphere, intentions and improvisations are caught and reasoned through a tuning fork. 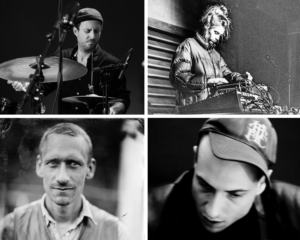 Daniel Blumberg is an artist from London who makes music and drawings. He works at an intersection between improvisation and songwriting.

All incoming signals are considered useful in the often instantaneous making of Joel Grip’s music. Let’s call it improvisation. It is, for him, a matter of precision and timing, what to do at what moment. His main instrument is the double bass, but he can also use a cello, a camera or a pencil.

An eclectic musician, Antonin Gerbal has been developing a singular approach to rhythms and sound for the past ten years, mainly on drums and percussion. 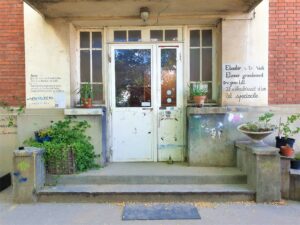 OPEN HOUSE – Meet the artists from the Shakirail and Umlaut

Show more
For the second year, the Umlaut collective is taking over the Shakirail. On the occasion of the Umlaut Festival 2022, the visual artists and craftsmen of the Shakirail open the place by offering an exhibition on the theme of music and musicality.

During this day, you will also be able to discover cross-performances between musicians and visual artists as well as the interactive and participative installation of La Cabane Sonore [the sound hut]. 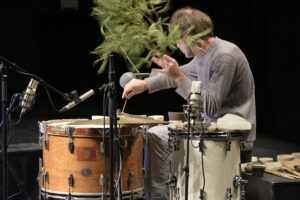 Show more
Clarinetist Joris Rühl invites percussionist Toma Gouband, accordionist Jonas Kocher and clarinetist Xavier Charles for a moment of fragile and poetic music. The ringing stones, ceramic bells, pine cones and crackling foliage of the percussionist sculpt the mixed vibrations of the reeds of the three other musicians.

Joris Rühl will also present the video “Prises de vie”, for which he composed the music and which he co-directed with the photographer Françoise Saur. 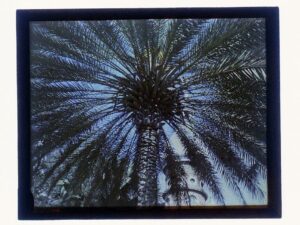 Show more
In 2008, Pierre-Antoine Badaroux was superimposing the improvised tracks on his digital synthesizer to render the orchestral and unpredictable dimension of Ornette Coleman’s music.

In 2022, he joined forces with musicians haunted by the music of the American saxophonist to dive into “Free Jazz”, the historic composition from 1960. An exploration of the possible sonic, thematic and interactional memories of an ageless music. 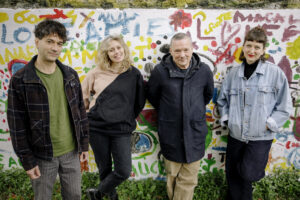 Show more
In the midsts of fruitful strikes, pandemics, cancellations and false starts, the quartet Brique gets together to give shape to a multi-referential music, but not too much. Melodic lines in traditional Italian songs that smell like struggle put in poetry to the rhythmic and verbal beatings in English, French or German, hip hop phrasing, mixing incisive and very soaring tempos, and it feels good. 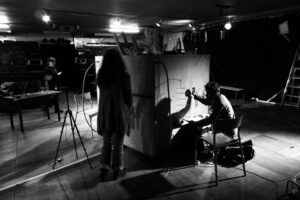 LA CABANE SONORE – Played by the musicians of the festival

The Cabane Sonore is a wooden sculpture-instrument. Long handles are spread out on either side of the cubic structure. Metal strings rest on an easel at the top of the hut, which is transformed into a disproportionately large double bass, producing deep and powerful sounds. The audience settles in the darkness of the resonance box, in the heart of the sound matter. 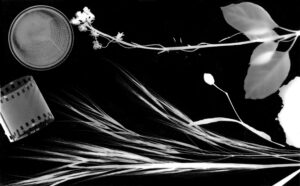 Show more
Transformed into a giant darkroom for sensitive photograms, you and us, in the glow of red wavelengths, in visual listening – improvisation of invented posed objects with the musicians of Umlaut playing sound development. In the end a great photo discovered together. 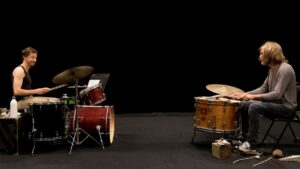 Show more
In a long-term study established as a sensory and exploratory journey through the most diverse fields of rhythmic life, the composer Karl Naegelen has undertaken a first stage of creation with the drummers Toma Gouband and Sylvain Darrifourcq.

By bringing together these two singular and complementary musicians, the composer Karl Naegelen invented with them an object of writing and rhythmic explorations, resulting from slow shifts and phase shifts. In a face-to-face encounter, the two musicians, equipped with headphones through which the pulse arrives, create a game of sound illusions on the edge of multiple musical aesthetics.