“We’re basically trying to make the music sound good.” 27 Jan 2015
Pierre-Antoine Badaroux and Sébastien Beliah
in conversation with Hannes Lingens, July 2013
Saxophonist Pierre-Antoine Badaroux and double bass player Sébastien Beliah have been working together for several years in various – often collectively conceived – projects. As part of the musician’s collective Umlaut Paris they are responsible for the organization of the Umlaut Festival Paris and other events.
(HL) You are co-leading/playing together in a number of ensembles with quite differing musical orientation: Ensemble Hodos is devoted to the works of Philip Corner, Christian Wolff and other composers of “open-form music”, r.mutt is an improvising trio and the Umlaut Big Band plays “authentic” swing in original arrangements. Where do you see a connection between these different ensembles?
(SéB) What comes to my mind first, which could sound a little bit pretentious or even a little bit disappointing as an answer, is that the only thing that could be the link between all those things you mentioned, is me. I don’t think there’s any particular connection between all of them.

(PaB) You’re the link for yourself.

(SéB) Yes. The other thing that comes to my mind: It’s interesting you mention these three projects, but if I think about it, I’ve always been involved in a big variety of other musics. For example, I’ve been playing classical music, baroque music, more “conventional” contemporary music etc. And I realized quite recently that I’ve always been more interested in how people organize themselves to achieve something than in aesthetic questions, which are much more personal questions for me. How do people organize themselves and what does it imply on each group? I think these questions make a connection between all these projects.
(HL) I imagine the social aspects of playing baroque music or contemporary music very different from those in improvised music for example.
(SéB) Playing in the Big Band implies some social network between the musicians, and we have to organize ourselves in a very different way than in a classical orchestra for example. This is what interests me. To be involved in very different social situations.
(HL) Is in that sense the experience of playing in an orchestra as interesting as playing open-form compositions or improvised music?
(SéB) Yes.
*** 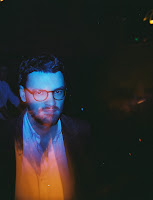 1 The Association for the Advancement of Creative Musicians (AACM) is an African American musicians’ collective formed in Chicago in 1965. From the beginning it has been devoted not only to performances of original music, but also to workshops and music classes held by its members. ↩

2 AMM is a free improvisation group formed by Keith Rowe, Lou Gare and Eddie Prévost in London in 1965. With members coming and going through the years (Prévost is the only original member in the current line-up), they are regarded as influential for the European improvised music scene and beyond. ↩

3 Derek Bailey’s book “Improvisation, Its Nature and Practice in Music”, originally published in 1980 and updated and extended in 1992, deals with improvisation in such various traditions as indian music, baroque music, flamenco, rock, jazz and free improv. It has been called “The most important book on improvisation – the craft, the edge, the leap – you are likely to meet” by The Wire. ↩

4 Jean-Luc Guionnet is a french musician, visual artist and theorist. As a saxophone player he is active in various formations of free improvisation and free jazz. He also plays the church organ, piano and electronics and is active as a visual artist, composer and writer. ↩