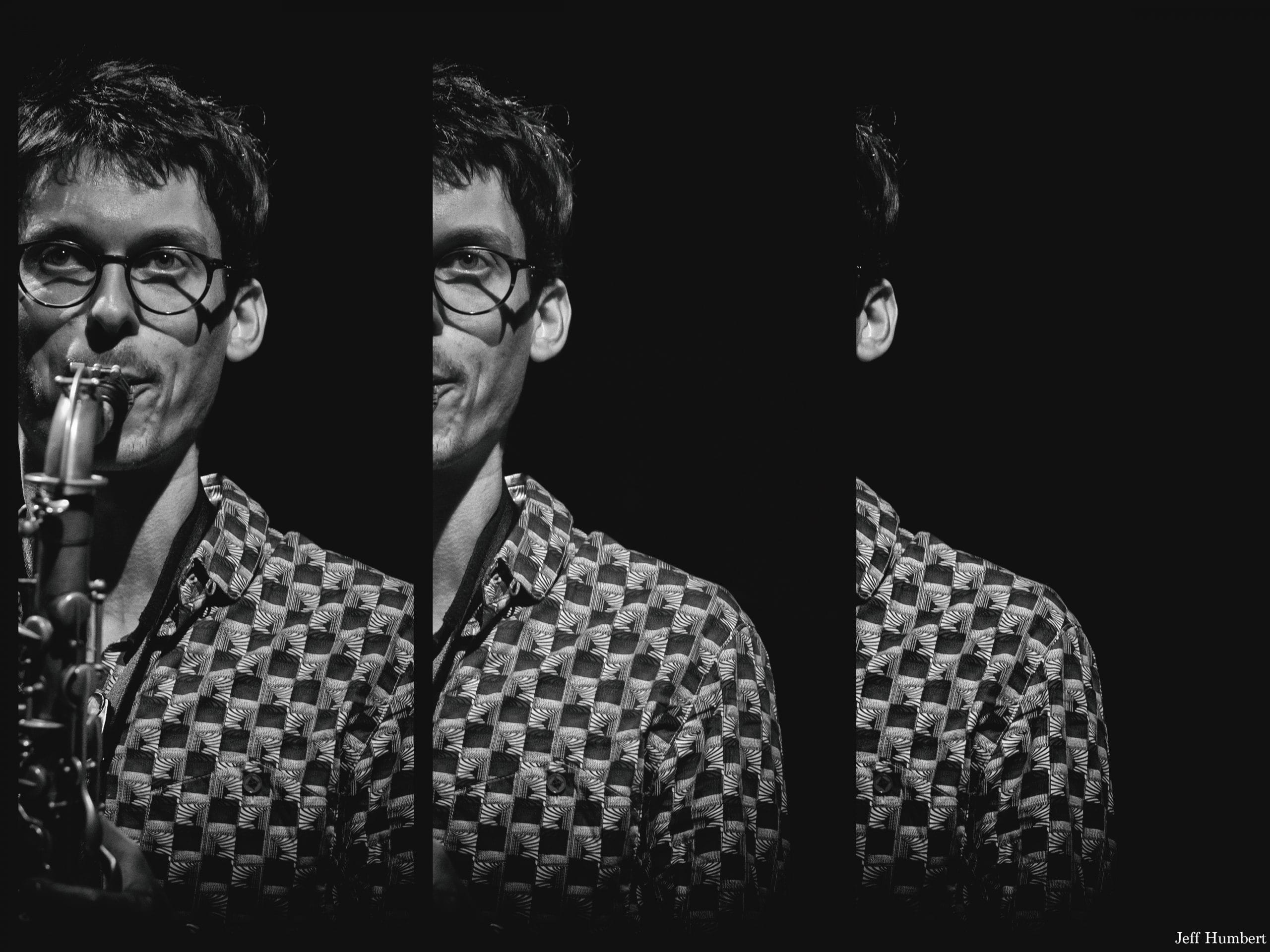 Saxophonist and clarinetist, was born in 1986 in Montbéliard.After studying at the Conservatoire Supérieur of Paris, he takes part since 2007 to the projects of the French collectives of innovative music Coax and Umlaut. Currently, his playing and his writing are situated between the jazz of the beginning of the 20th century, free jazz, and the search for prepared sounds, original noise makers. He focuses his performance on relaxed energy, the mixing of sounds with other musicians, the rhythmic montage of musical sequences, the trance of stubborn patterns. We can hear him in eclectic formations in Bribes 4, improvisation quartet and free jazz and free rock compositions, Un Poco Loco, chamber trio which rearranges jazz standards, Umlaut Big Band, interpretation of the repertoire from 1920 to 1940 , Flouxus, quartet of compositions between free jazz and surf rock, and La Peuge En Mai, sextet of improvised music and radio documentary on the struggles of May 68.